Our Pinnacle has three slide topper awnings, which were installed by the factory when the unit was built. After three years of fulltime use, the original black vinyl fabric had deteriorated to the point that it was starting to tear at the seam where it went into the wall awning track.

A month ago, with the assistance of our son, I installed the new fabric. It was a straightforward task, which required two ladders, and three hours of work. It is definitely a two-person job. One of our slide toppers is 16 feet long.

One issue that we have always had with two of the slide toppers, is that rainwater pools in the center of the awning, due to insufficient slope when they were originally installed. The factory installed them this way so that the screws securing the wall channel moldings went into the aluminum framing header along the top of the slideout opening. It would have been better if aluminum backer plates had been incorporated into the wall structure, and then the channel could have been installed with proper slope for drainage. Oh well, nothing is perfect! In fact, we have friends with a half-million dollar motor coach, with exactly the same issue.

Recently, I solved the water drainage problem. I made a series of 1/4 inch holes, using a soldering iron, through the awning fabric, which allow the water to drain through when it rains. The water then runs to the outer edge of the slideout roof, then down the end wall. This completely eliminated the problem.

It may seem counter-intuitive to make holes in a perfectly good slide topper, but the primary purpose of a topper is to keep leaves, pine needles and other debris from accumulating on the slideout roof. It still performs this function, and now I don't have to go out there after every rainfall and dump the water off the awning using a long-handled broom, often receiving an unwanted cold shower in the process. 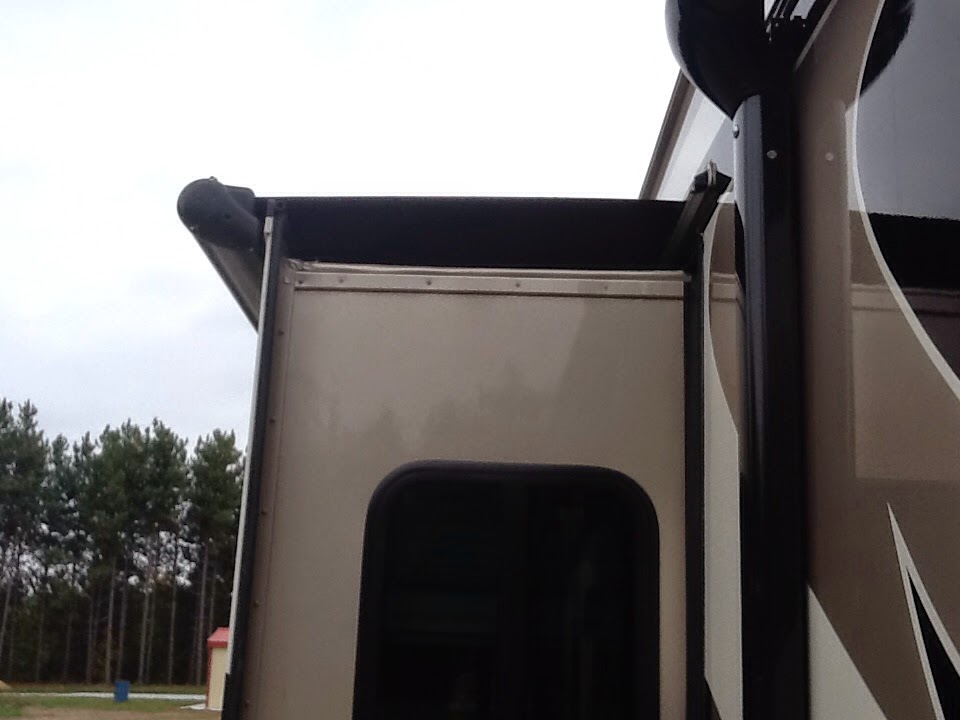 Another issue I had with the long slide topper, is that over time, the cover and roller tube assembly developed a sag or bow in the center, caused by the relentless force of gravity, and the jolting on bumpy roads. The assembly was supported at each end by the mounting brackets, but lacked a center support.

While I had the awning removed from the RV to replace the fabric, I straightened it, and after reinstallation, I fabricated a center support from aluminum angle, and installed it so that it will prevent any future sagging. The awning manufacturer (Carefree of Colorado) should have provided this on a 16 foot long slide topper. 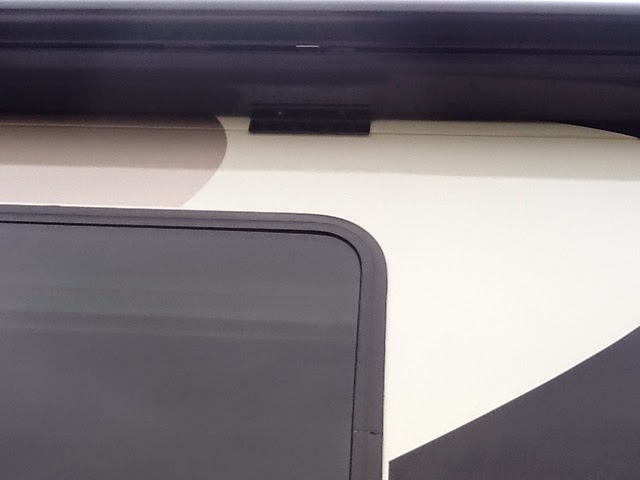