We arrived in Naples on April 21, one day earlier than our schedule.
We called Silver Lakes Resort, and arranged to check in one day early. The drive down the Florida peninsula along I-75 was certainly not relaxing. The highway seems to be in a constant state of construction along vast stretches, and it is very busy. It is the primary migration route for the east coast and eastern midwest regions. Many of the drivers are extremely aggressive, driving at least 20 mph over the speed limit and frenetically weaving in and out of lanes, passing on the right and risking their families' life and limb, in an insane race to save a few seconds.

We stopped at a Blue Beacon Truck Wash near Ocala, and had our rig expertly washed. It emerged looking completely transformed, after removing 2400 miles of accumulated road grime. Blue Beacon welcomes RVers, and they do a great job for around $50. 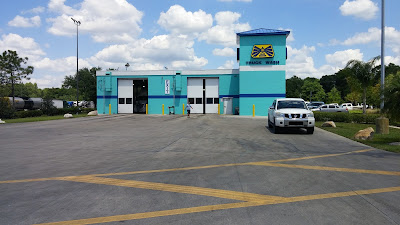 We spent the week in Naples relaxing. We visited the beach several times, and took a trip into the Everglades to see alligators. Temperatures were consistently up to 85F in the daytime, and 72F at night. Many people who spend the winter in the area have already left, and Naples is not as crowded as in January.

An interesting sight in Naples are the classic and exotic cars that can be seen every day driving around. Everything from impeccably-restored VW Beetles, to a new Rolls Royce. 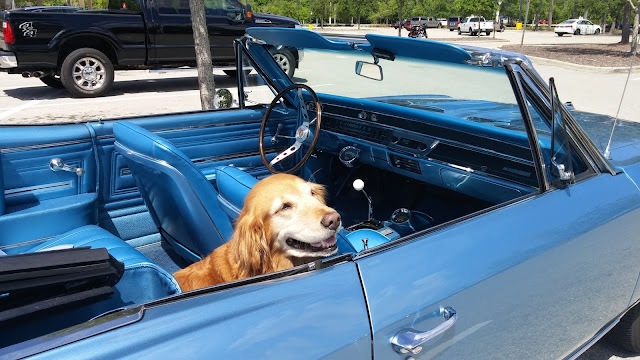 I ordered two replacement tires, and got them installed on the front of the truck, while we were in Naples. I have decided to replace all six truck tires with Firestone Transforce HT. I have had experience with these tires on our 2003 Ford F350, and they have extremely good reviews. I also ran them as a trailer tire on our Laredo fifthwheel. They are a heavy-duty 10 ply tire aimed at the commercial market, and they are priced $80 per tire below the Michelin LTX original equipment tires. The Michelins have a good reputation, but frankly I wasn't impressed with the tread life. I ordered the Firestones from tirebuyer.com, and saved $50 per tire below the local tire dealer price, even after paying for installation at one of the recommended installers. 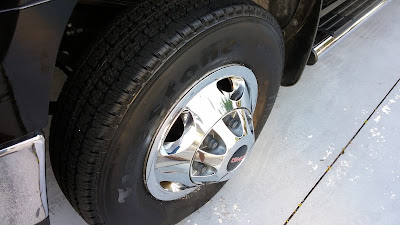 I will replace the other four tires on the rear, later in the summer in Canada. At least we have a spare tire now. 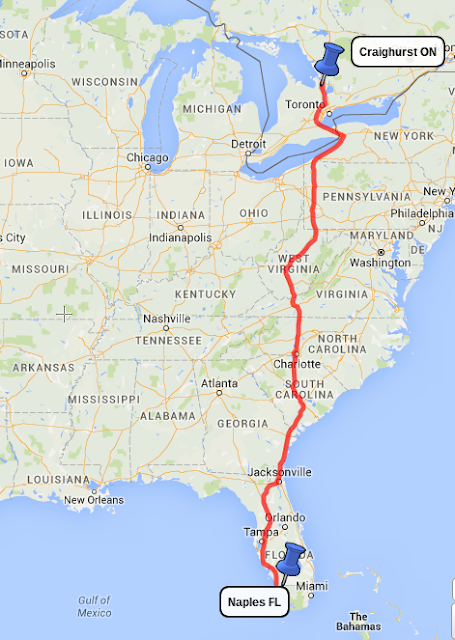 We leave on April 29 for the last leg of our journey to Ontario. We will take 8 days for the northbound trip, and we are taking an easterly route rather than the customary I-75, which is one of my least-favourite highways. We will go I-95, I-26, I-77, I-79, ending up in Erie PA, and then a short jaunt along I-90 to Buffalo, crossing into Canada at Fort Erie.