Destin is a city of 12,000 people located about midway between Pensacola and Panama City Beach, on Florida's Emerald Coast. The population increases to 40,000 during the tourist season, which is May until November.

One of the major attractions, for us, is the harbour area, which has recently been developed into a boardwalk along the docks, with many bars, restaurants and attractive tourism-oriented businesses. It is a pleasant place to take a stroll, and look at the offshore fishing boats at the docks. 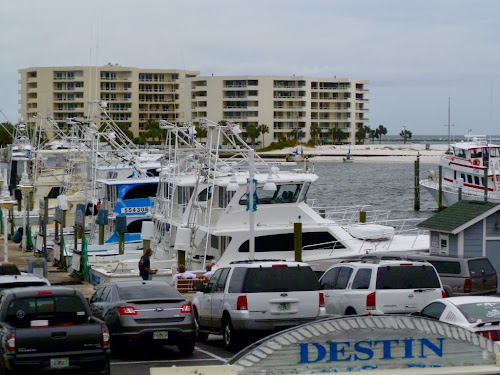 Destin has a large sport fishing fleet, and is known as the "World's Luckiest Fishing Village", a claim which would be impossible to prove.

We were boaters in our past life, and spent 15 years boating on Ontario's Georgian Bay. The nautical atmosphere at the harbour holds a certain fascination, and I always feel a twinge of nostalgia when I walk along the docks in a place like this. There is a certain mystique involved with the nautical life, and once experienced, it never completely goes away. 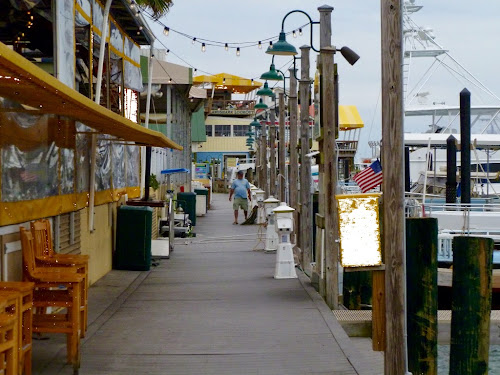