We are settled in at Live Oak Landing near Freeport, FL. We have been coming to this area since we started RVing 18 years ago. We would come for a two week break over the holiday in December, and return to Ontario the first week in January. In those days, we would stay at Topsail Hill State Park.

Live Oak Landing is on Black Creek, not far from Choctawhatchee Bay, which is a large salt water lake connected to the Gulf of Mexico.

The resort was known as McDaniel's Fish Camp since its inception in the 1930s, and it was a rugged back-to-nature camping spot where fishermen would launch their boats into Black Creek, which gave water access to Choctawhatchee Bay and the Gulf of Mexico. In 2012, it was purchased by RVC Outdoors, a resort company with a number of properties across the US. 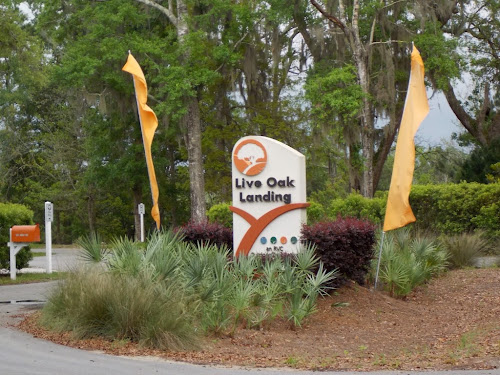 It was converted into a nice RV resort, with paved roads, concrete pads and patios, and the usual facilities like a laundry, recreation hall, wifi, etc. The natural appeal of the site was largely retained, with many live oaks which are hundreds of years old, resplendent with hanging clumps of spanish moss. 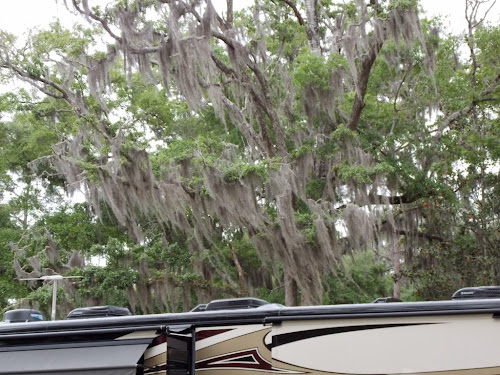 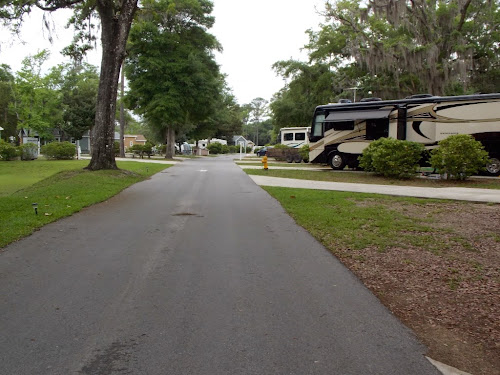 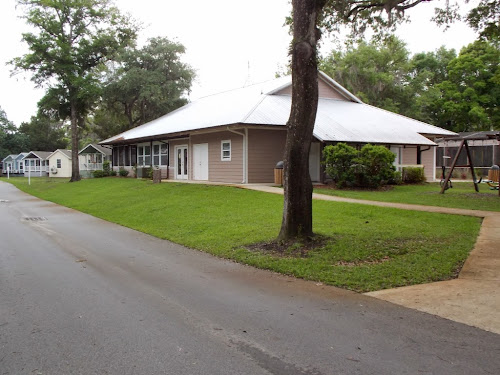 It is quite a peaceful place to stay, with many birds in the trees, and the quiet river running alongside the resort to Choctawhatchee Bay. This is our fourth stay here since 2012.

There are a number of attractive "cottage"-style park models here, which are available for purchase or short-term rental. They in no way detract from the appeal of the resort as an RV destination. 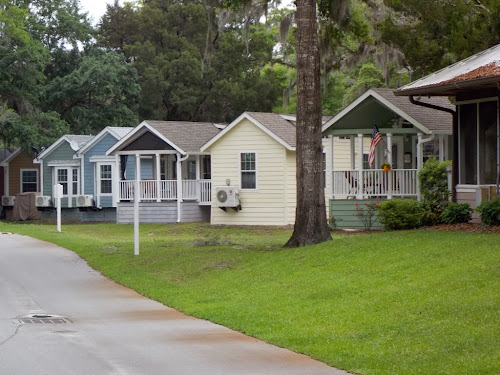 We are enjoying the peacefulness of the place, and it is a nice break in our journey from SoCal back to Ontario. It has been rainy and warm since we arrived, and the weather is forecast to become sunny for all of next week.
We will visit the famous Beaches of South Walton with their white sand. This part of Florida, away from the busy feel of the more popular resort areas like Daytona and Tampa, is known as The Emerald Coast. It is much less developed than those other tourist destinations.
Watch for a post in the next couple of days with pictures of the beaches and other scenery in the area, like Eden State Park, which is a story in itself.