We have had a technical problem with our residential refrigerator installation.
As described in this article, the refrigerator is supplied with 120 volt power full time from a Xantrex pure sine inverter. The installation has worked flawlessly for over two years and two round trips across the country.
I awoke two days ago, opened the fridge to get milk for my morning tea, and found that the fridge was off, with no interior lights.

I went outside, opened the cargo bay to check the inverter, and discovered that the inverter was off. I pressed the "power" button, it started up, and the fridge started to run. There were no error codes stored in the inverter, so I put it down to one of those unexplained anomalies and went about my business.

Later that day, we went out to dinner, and when we arrived home, I checked the inverter, and once again, it had shut itself down. I plugged the refrigerator into a regular outlet, and resolved to investigate further the next day.

The following morning, I plugged a 750 watt heater into the inverter, and turned it on. It ran for about 5 minutes, and then shut down with an E-4 error code, which means "Low Battery Voltage". I could detect an odor of burning plastic. Battery voltage checked out fine at 13.2 volts.

I started poking around and looking at the connections between the battery bank and the inverter, and I soon discovered that the 80 amp fuse, which I originally installed to protect against a short circuit, had melted, and taken the fuse holder with it. This fuse is installed in the battery compartment, which is steel lined and fortunately fireproof. 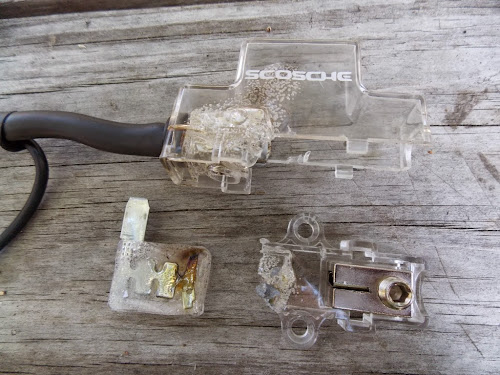 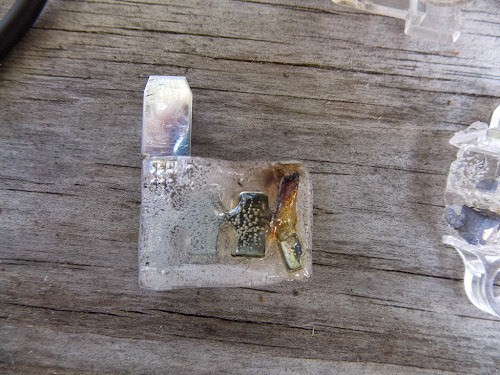 Tomorrow morning we leave early for a 300+ mile drive to Elkmont, Alabama, where we will stay for a couple of days at a peaceful, rural campground near the Alabama-Tennessee state line. 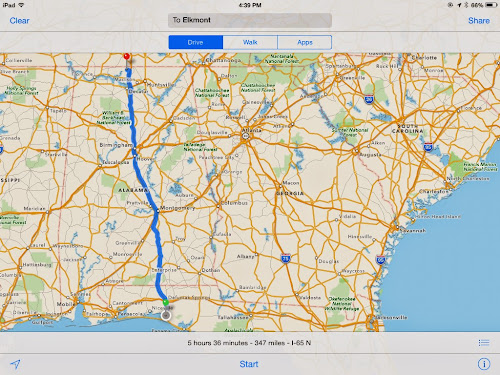