Tombstone is a historic town located about 30 miles south of Benson, quite close to the Mexico border.
It was settled in the 19th century as a silver mining town, and became notorious for the outlaws who were attracted to the area by the promise of easy riches. Famous individuals associated with the town are the Earp brothers, notably Wyatt Earp, who attempted to enforce the rule of law in the town, resulting in the legendary gunfights which have been immortalized in Western "cowboy" movies.

The town exists today as a tourist attraction, and most of the buildings and streets have been preserved much as they were 170 years ago. Many of the locals dress up in period costume to the enjoyment of visitors. 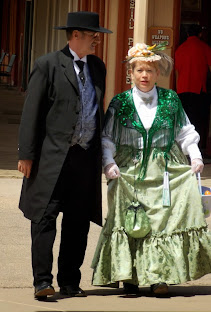 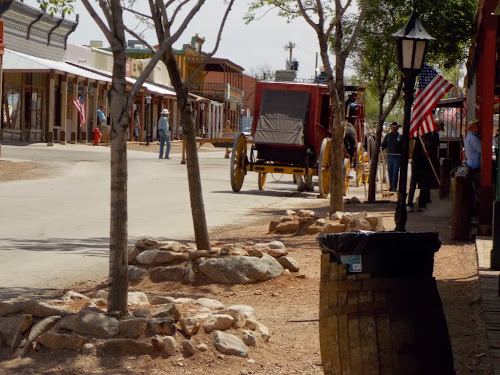 We visited the town on Easter Sunday, and The Driver purchased a western-style leather belt, at the insistence of The Navigator, who had previously bought a pair of Indian moccasin boots. 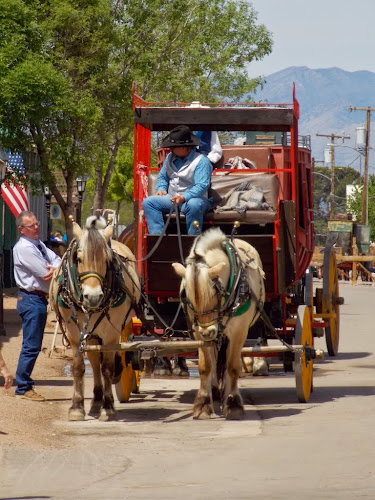 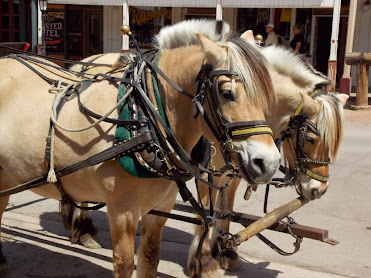 As visitors from the eastern half of the continent, it is fascinating to stroll around and immerse oneself in the legends and lore of this part of southern Arizona.
As we left the town to return to Benson, we passed through a Border Patrol checkpoint. The officer saw the Ontario license plate on our truck, and waved us through, wishing us a Happy Easter. 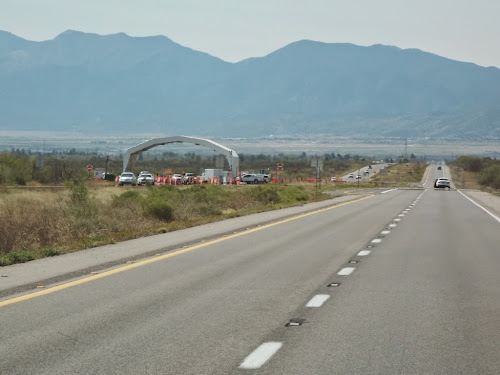 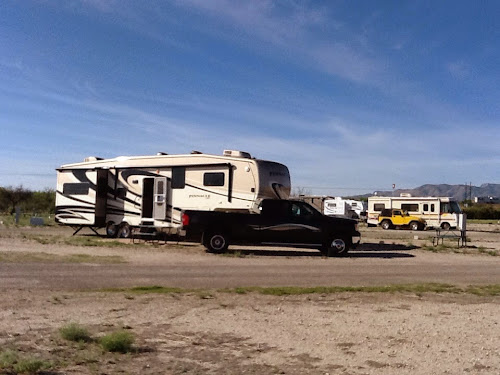 We returned to our campsite for the night, and we will leave Monday morning for Las Cruces, NM. 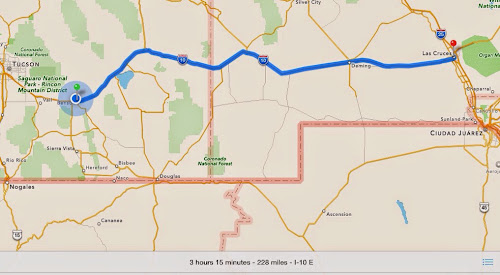